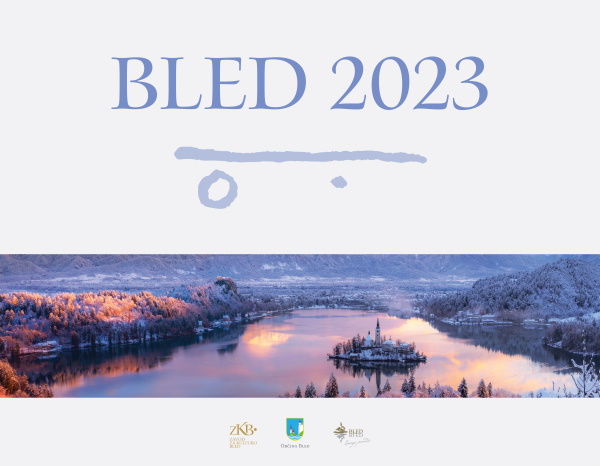 Slavko Oblak was born in 1934 at a farm Pri Klemenovih in the Rečica village. His family was related to another family of farmers, the Mraks. Slavko was a carpenter, like his father, but after fulfilling his army duty in the 1950s, he decided to study art abroad. Before he could enter the Academy of Performing Arts in München, he had to earn some money to support himself. One of the jobs he did at the time was at a foundry, and it had a decisive impact on his future artistic career.

Bronze became his favourite medium of expression. At his second home – a farm in Kumhausen, where he now lives - he even set up his own foundry for the casting of his sculptures that invigorate and   aesthetically complete many public buildings and parks in Landshut, a town that is famous for its fountains and public art. Oblak’s oeuvre, in particular his fountains that can be seen in many Bavarian towns, clearly demonstrate the sculptor’s pristine relationship with nature and his ability and commitment to coexist with it. For the second year now, the Bled Culture Institute is hosting an exhibition dedicated to a person who is important for Bled in the context of their work and creative endeavors. This year this honor has deservedly fallen to the sculptor Slavko Oblak, who was also presented with the Golden Plaque of the Bled Municipality.

Slavko Oblak has already donated four of his sculptures to Bled. The first sculpture is the Cyclamen by the lake, donated in 1997; the second is the fountain in front of the Bled Municipality, which was received in 2002; the third is the statue of Mary, Mother of God, which was donated by the Rotary Club Brixen in 2004 on the occasion of the 1000th anniversary of the first written mention of Bled and can today be seen in the chapel of the Bed Castle. The fourth sculpture, the Castle Blossom, received in 2021, greets the visitors in the castle park, which was renovated by the Bled Culture Institute in 2019. Moreover, Slavko Oblak and the Bled Municipality have signed a Letter of Intent concerning the erection of the sculptor’s memorial gallery at Homestead Mrak, to which the artist is willing to donate his works selected by a panel of experts.

For more information about cookies we use and to manage your options in relation to them click here.